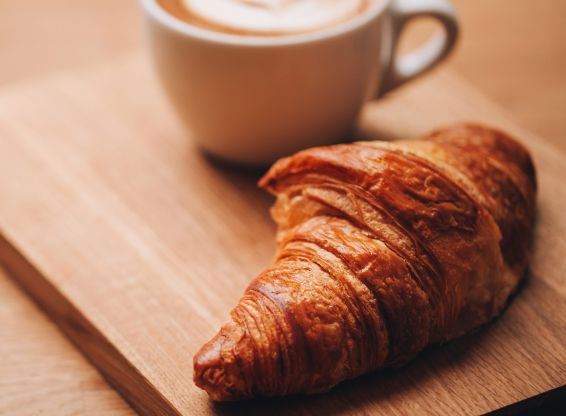 The typical Italian breakfast is the cozy morning duet of a cappuccino and a cornetto. In comparison to other countries, Italian breakfast is considerably smaller. It was not until recently that breakfast become a part of Italian culture. “Since ancient Roman times, breakfast was not big in Italy and it later became a habit to have a pastry or sweet biscuit to go with a cappuccino,” Guido Gualandi, History of Mediterranean Food professor at Gonzaga University said.

A cappuccino is understood and recognized internationally as the Italian coffee drink prepared with espresso, steamed milk and foam. The cornetto however, is interchanged with its French cousin the croissant, most likely due to their similarities.

Both cornetti and croissants are buttery crescent shaped pastries, that are made with yeasted dough and either left plain or filled with jams, cream or chocolate. Quintessential to both Italian and French breakfasts, the two rely on a process called lamination, which is the folding and rolling of butter into the dough to create the flaky and layered quality.

The two pastries share a similar ancestry, tracing back to 13th century Austria [...]